This is my first post, I’ve decided to give a Switch fix a try after watching a lot of YouTube videos about it.

I decided to try our a few 3DS fixes first to get to grips with soldering etc and I’ve managed a variety of fixes on those with only one I havent managed but I needed a board for spares for the other so no big deal.

I have a switch that I’ve collected from the Post Office today and quickly ran through some tests. I can see two caps that’s shorting but its not something I’ve seen online before so not sure what the next steps are.

I’ve included some photos of the caps that are shorting hoping someone can point me in the right direction. 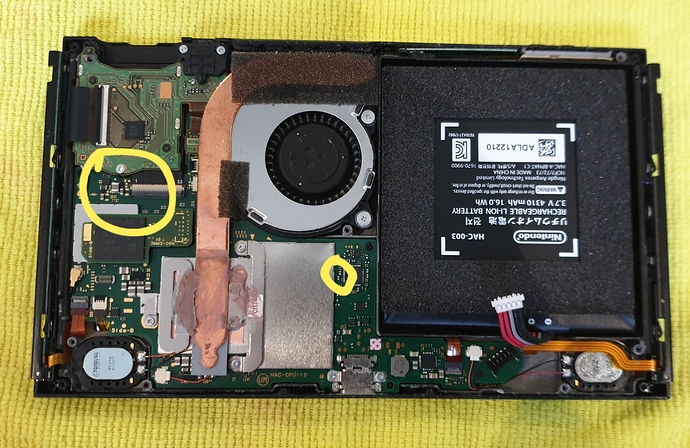 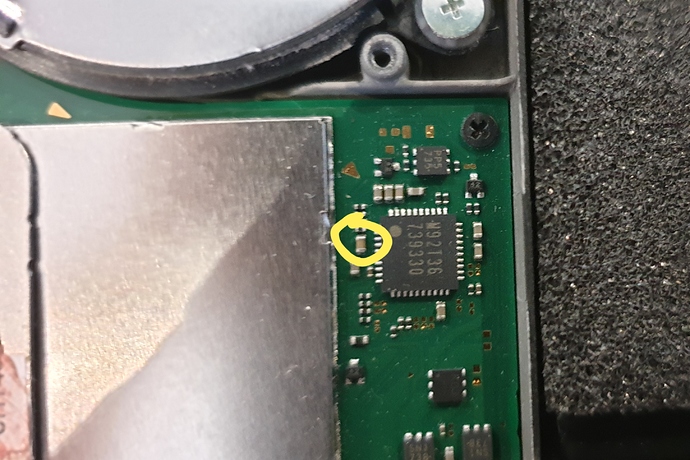 Just tested my working switch to compare and the larger one under the card slot shorts too so guessing this isnt a cap and this is normal behaviour?

I’m not sure about the behaviour of the larger one under the card slot, but the other one I’m pretty sure is the one that shorts if the graphics chip on the other side of the board is bad. I only know this from watching Tronics Fix youtube videos though! (Never fixed a switch myself).

Thanks for the info, I had already watched the video too but I’ve watched so many recently that I can’t remember specifics except the really common faults.

I had a look again and it appears to show the capacitor below the one I’ve highlighted as being the issue in that video.

The only time I’ve seen this error was in The Retro Futures video where he has to take the switch to My Mate Vince who replaces the IC chip to fix the issue.

I’m just trying to get a better idea of what’s going on before I buy the spare parts to attempt the fix. So I have a few more questions below:

Is it common for the switch not to charge even if it is the video chip that has the issue?

If there was an issue with a video chip would the switch display anything such as my error message if the chip was faulty or would the display be completely dead if the video chip was bad?

Hey there,
we’ve had a similar discussion about the big part underneath the card slot a few days ago, and I also don’t think it’s a cap. I think it’s something related to the backlight, a shunt to measure the power drawn by the backlight or a fuse or something.
Usually, if the cap next to the M92T36 is shorted the M92T36 is faulty.

Thanks for the info again! I’ve ordered a replacement chip, I’ll post an update soon when it arrives and I attempt the fix.

Never tried any fix this small before so it could potentially go very wrong but I have all the correct stuff and I’ve watched a LOT of videos on this recently so fingers crossed.

I managed to replace the chip with some difficulty since it was my first ever try. This got rid of the short I reported originally which was good news!

Now for the bad news, during my attempt to replace the chip I knocked the caps above it off of their pads which was a total disaster due to their size. With some more difficulty i eventually got them back in place and they all tested out good. 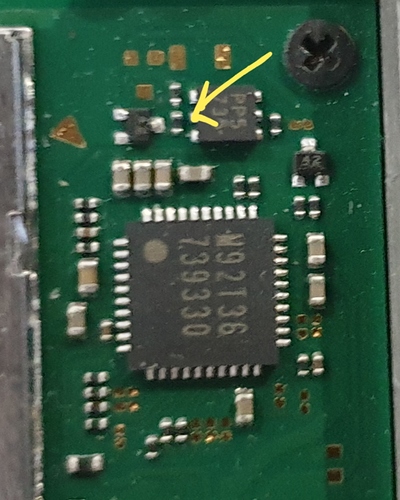 I reassembled everything and tested anyway and not surprisingly I get nothing on the screen and when I connect a charger and measure its charging at 0.05 (nowhere near enough)

Is the missing fuse enough to cause this? I have no idea where it went so I cant even replace it to test again.

Any recommendations for next steps or is it junk now?

Well, the M92T36 acts as a power control IC, so it is definitely possible those missing components are still contributing.

I don’t have a Switch board in front of me to tell you what those components and values are, but have a look at the post here: [INFO] Board diagram and part numbers - this may help you. Otherwise I’m sure someone will weigh in.

Hey there,
problem is, if I recall correctly, that IC right to your “fuse” is a dual MOSFET, which might switch between those two components (the one you marked and the one above). I actually think your “fuse” is a resistor, I can’t measure it because it’s shorted out if the console is switched off. If my assumption is correct, the two pins of the component you’ve marked should be shorted out, even without your component. Try measuring that.

If that really is the case you’d have someone desolder their part and measure it.