I have a faulty switch which I try to repair. Once I removed the USB port I have seen that one trace is missing. I put in a new port and also changed the MT92 due to a short.

Switch still not charging and it ends with 0.7A.
I suppose that maybe the missing PIN / trace causes such a defect but do not know if this pin I needed and if where I can use a jumper wire to test if this works. 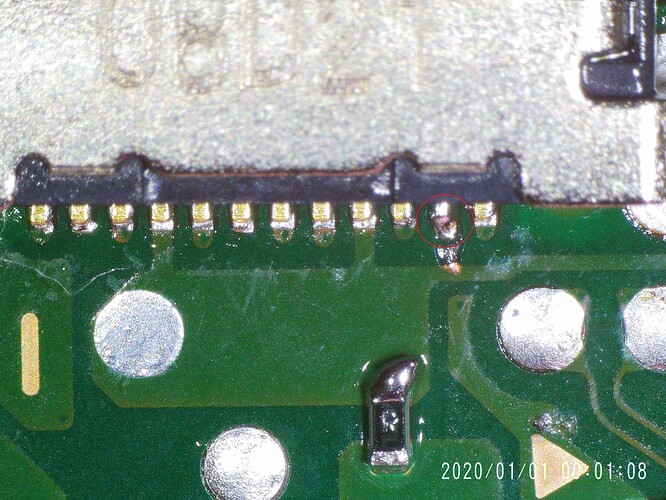 Any information where this marked PIN belongs to or any other advice would be appreciated.

The marked pin is a data pin and it goes to the pi3usb ic on the backside. (Should be the TX1+ pin) 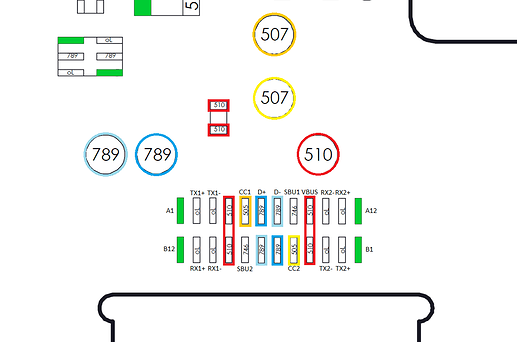 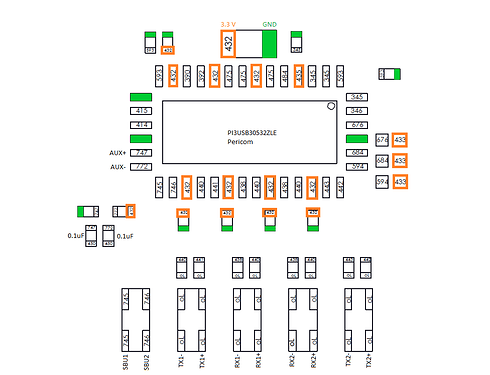 Hi @Calvin - thanks for that information.
Have wired the connection to the PI3USB - but seems not to be the (only) problem as switch still is not booting and end switch 0.7A - have not seen any obvious problems yet, but also does not know the history of that switch.

Oops I did it again…
Wrong picture. The names on the lines to the pi3usb ic are not correct.

Here is the correct one: 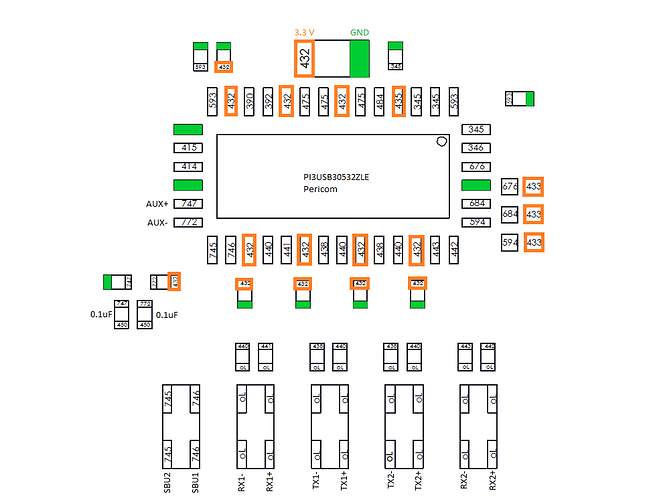 Thanks for the update - just seen that I wired it wrong on the first try - after further diagnostics I have seen that I have a short on the M92 - not sure if the chip is not placed correct or it might be another problem.

Any ideas what could cause that short here ? 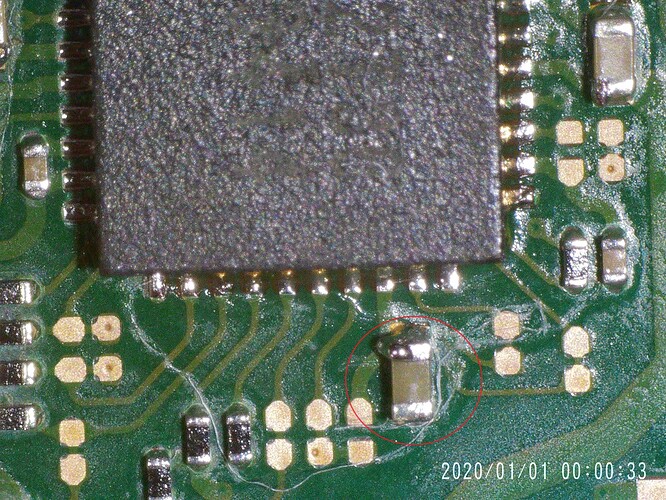 This cap goes to the CPU!
I am afraid that there is nothing more to do on this board.

Well, thanks for that info - even after pulling off the cap there is still a short. Knowing that this is probably not fixable helps me at least not wasting more time into that Switch - so thanks for clarification