Hi all!
I just picked up a bluescreen switch (it came with the power adapter and charger so is a good deal even if I mess it up). I have double checked for obvious shorts and cant find any. The switch has a broken screen also, and was clearly bend at some point. The board is only slightly bent, at the point where it gets narrow (near BQ). I presume that during the initial bend, solder under the SoC cracked / came away (though I guess it could have ripped pads also…).

I figure the first thing to try is just reflowing it, but it was mentioned in another post that the SoC doesn’t stand up well to too much heat.
Is it possible to reflow entirely from below? It seems the biggest risk of doing so would be the capacitors falling off, if the bottom was covered with copper tape first, could I heat the bottom to 400+ to reflow without the risk of killing the SoC?

Edit:
Just some extra info, I have just connected it to the PC, and it was detected fine. When injecting it completes, though 0x0000, so not hackable.

a Blue screen is not always as a result of the SoC, could be Ram, PMIC, EMMC, fuel gauge… and possibly a few other things could cause it.

I’d be very careful about jumping straight into reflowing the SoC.

but it was mentioned in another post that the SoC doesn’t stand up well to too much heat.

Right, it’s incredibly sensitive to excess heat, and most people kill it on there first attempt (hell, I probably did too)

Whats your resistance to ground on the inductors surrounding the main max PMIC? If you don’t know what I’m reffering to, search the forum for “primary rails” or “critical rails” where I have provided numerous photos.

Ok, so here are the rails, with red probe on ground: 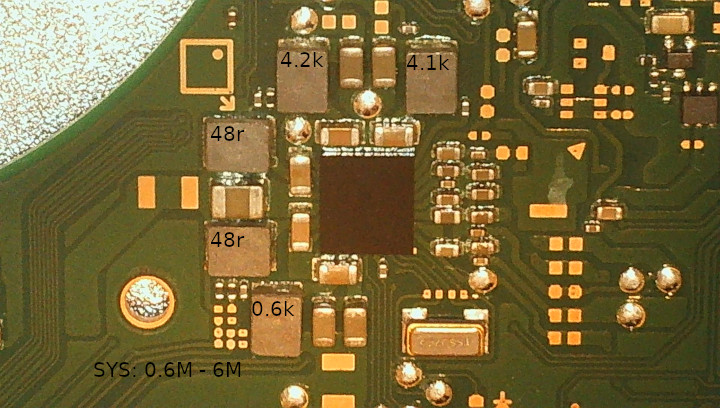 I have tried putting other consoles EMMC on it, in that case it doesn’t give any response at all. (seemingly), just stays on a black screen with no backlight. With its own EMMC the bluescreen in instant.

Ok, so here are the rails, with red probe on ground:

Can you do the same with black on ground.

I have tried putting other consoles EMMC on it, in that case it doesn’t give any response at all. (seemingly),

Don’t do this in future… the EMMC module is tied to the SoC, so it’s pointless trying to use one from another console. Also, you run the risk of burning the update fuses on the SoC if the EMMC you attached to the console was on a higher FW version, this makes diagnosis later much tricker and if you have blown these fuses, the only form of recovery on a patched unit is the TX modchip.

It’s entirely possible you have now burned the fuses in question and regardless of if the any BSOD repairs are successful you may have to contend with the above mentioned problems.

anyway, lets hope for the best

btw I take it your using a fluke meter?

Ahhh good point on the fuses, I didn’t even think of that (doh).

Here is the image with black probe on ground: 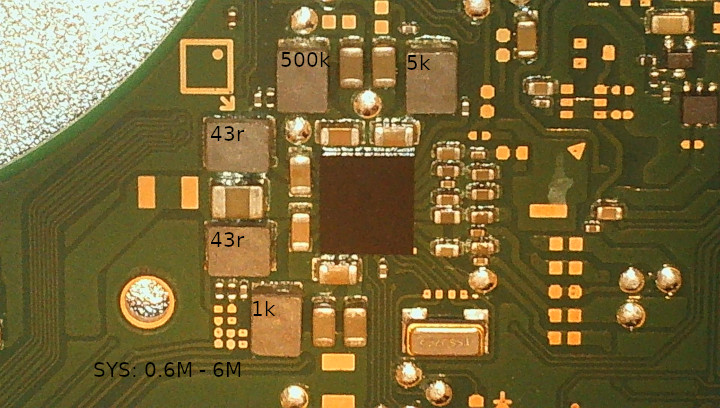 My meter isnt a Fluke (budget isnt high enough for one, I have one of these: " AstroAI Digital Multimeter, TRMS 6000"

Ah, for whatever reason the cheap auto/manual ranging meters and fluke meters have trouble providing accurate in circuit readings on 1V8PDR, no idea why, different measurment frequency or higher probe voltage… on pretty much any other meter 1V8PDR will give an approximate 10K reading to ground, but in your case it’s measuring 5K, this is the sort of reading I would expect from a Fluke meter, I can only assume it’s fine in your case and the meter is skewing the reading here.

Aside from 1V8PDR, everything seems fine, your secondary ram rail is measuring how I would expect.

What does the fuel gauge look like, can you see any nicks, chips or cracks, however small?

The fuel gauge looks perfect so far as I can tell, no obvious chips or cracks on it.

Man that’s so bad, I wonder why they even bother making junk like that

The fuel gauge looks perfect so far as I can tell, no obvious chips or cracks on it.

Hmm I’m at a bit of a loss then, does it still BSOD with the EMMC removed?

Perhaps try putting downward pressure on the Ram modules while powering it on and see if that makes any difference, I don’t expect it will as the previous measured rail seemed fine

Yeah, it was things like that that made me get the better one!

It doesn’t blue screen with the EMMC removed, it just enters RCM with no screen activity at all. Its patched, so I cant load anything though.

Edit:
Pressure on the RAM didn’t make any difference, though not sure how much pressure to apply…

I would probably be inclined to replace the Fuel gauge first, as even if it’s not the issue it’s worth a try and it’s cheap.

Failing that, I’d reflow the Ram,

Whats your resistance to ground on the GPU/CPU buck regs output inductors, one below and to the left of the SoC?

Failing that, I suppose it’s time to reflow the SoC. As you mentioned earlier, you can’t really heat the underside at 400C as all that will happen is the caps will slide off.

My method is, I preheat the reverse side of the board at 100C for a min or two, then step it up to 200C for another minute or two, I think you could prob go to about 220C, after that you risk melting the leaad free solder.

After I’d flip the board and hit the SoC with 200C directly and while doing so, go round the perimeter of the SoC with flux, step the temp of your station up to 420 medium air, circular motions, try to avoid lingering in the center of the chips die and work the hot air around it instead, monitor the solder on the shield bracket and when you see it turn molten at all four corners the job is done.

Don’t use a nozzle on your hot air wand. and don’t spend to long hitting the SoC directly with heat, tell tale sign that you spent to long is the SoC center die, the resin surrounding it will turn from a blueish/greyish colour to a brown, at that point the IC is pretty much dead so be careful.

Problem with reflowing the SoC is, you limit the ablity for a successful reball later(if the reflow doesn’t work), as it won’t tolerate both in most cases

Assuming I have found the right place to measure, the ones below the SoC measure 280r and the one to the left is 50r. I have a load of Fuel gauges so that’s worth a go, will give that a try.

Ok, so I have now replaced the fuel gauge and reflowed the RAM, no change. I guess I now need to either reflow or reball the SoC. I dont really have a good reballing setup, certainly not one I think would work well on a chip that large, so I may try the reflow first…

I have now attempted a reflow. It actually took 2 tries, as the first time I just had the board on the base of my microscope which was metal, and I think it was pulling too much heat away as I couldn’t get the solder on the shield to melt at all.
On the second attempt I managed to get it in the board holder after flipping the board, and it still took a lot to get it to melt, but I did eventually get it too, there was no decolourisation of the resin around the die.

Having plugged it all back in now, it is no longer going straight to a blue-screen, instead it just remains black. It is not in RCM mode as the PC does not detect it like this. If I remove the EMMC and connect to a PC I am still able to connect to RCM and still able to attempt to inject (though it smashes the stack with result 0x0000).
I have double checked for shorts around the front of the board, and nothing seems unhappy there.
When plugging it into a charger (normal one), it charges at 0.42A. If I connect the official charger it outputs I get 15v at the fuse. But I don’t get anything on screen and no backlight.

So it might be that you’ve resolved your BSOD issue with a reflow and that you now experiencing a fuse/FW mismatch as discussed earlier.

The symptoms of which are either nintendo logo then blackscreen or simply just a blackscreen throughout both have 0.4A current consumption.

Which version of the symtoms you see are completely dependent on the FW version on the EMMC.

The other alternative of course is that the reflow made the situation worse, but I’d like to think you’ve made progress here

So, I think at this point you’ll likely require the modchip to resolve the current issue if it is indeed a FW/Fuse mismatch, though as I said, there is a chance that’s not the problem

Yeah, the fact that I can still connect to RCM and it doesn’t crash during injection gives me hope that it is in-fact “working” now… that said how exactly do you get hold of a mod chip? I haven’t found them anywhere.

that said how exactly do you get hold of a mod chip?

I originally got mine on Aliexpress, but from what I hear theyr’e incredibly difficult to get hold of now due to the founders being arrested.

Maybe you can still find one over on Aliexpress, if not, I saw a post elsewhere that clones are starting to appear, in which case it shouldn’t be long before they start cropping up on Aliexpress or eBay.

Cool, then I will just put this one to the side and keep my eyes open. Thanks for all the help, even if nothing else I have learnt a lot!

Sorry to resurrect an old thread, having made progress on the “bad emmc” switch by replacing the fuel gauge, I realised that I had used one from the same “bad” batch on this one, so swapped it out again.
On doing so, this has now returned to a blue screen, suggesting I guess that the bad FG was stopping it getting far enough to blue screen.
Should I attempt another reflow at this point? Or look into some better reballing kit?

Can you take a photo of the BSOD for me?

It may not help as it’s incredibly hard to tell the different shades of blue apart, and phone camera apps are useless for getting the Hex as they’re not accurate enough but each shade points to a different issue so there’s a chance we can see, though no guarantees.

Yup, I have one from my phone, one one from my microscope (with light turned off, so screen + ambient only). Are the different shades listed somewhere? 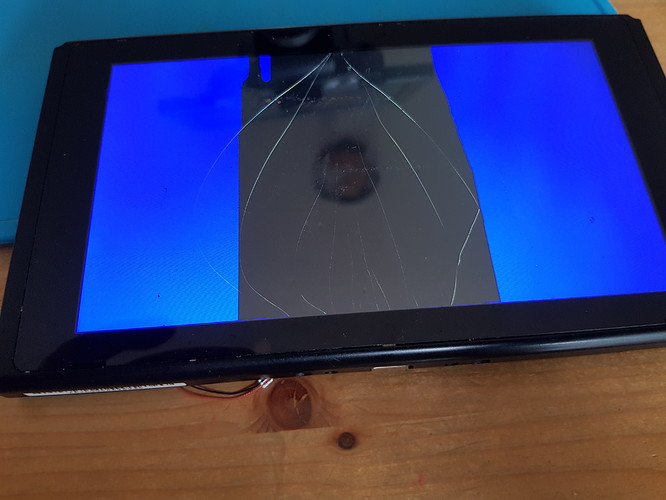 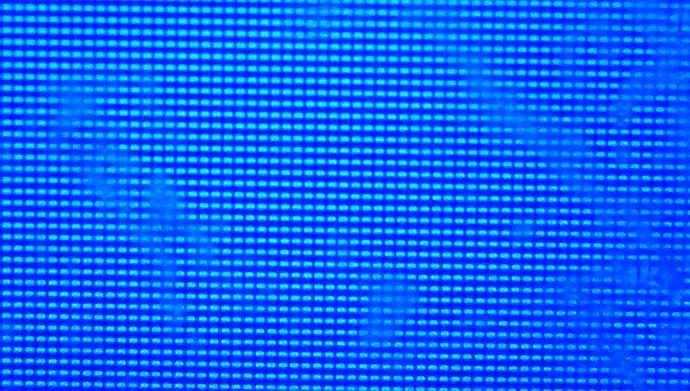