Cpu dead or no?

I have a switch lite here which was charging at 15v with 0.05 amps but then all of a sudden started charging at 5v and 0.05amps the cap underneath the m92 keeps beeping on both sides does this mean a faulty CPU? As I removed both the m92 and charger port and the cap as well and it still beeps
Sorry for the bad quality was trying to a pic through the microscope 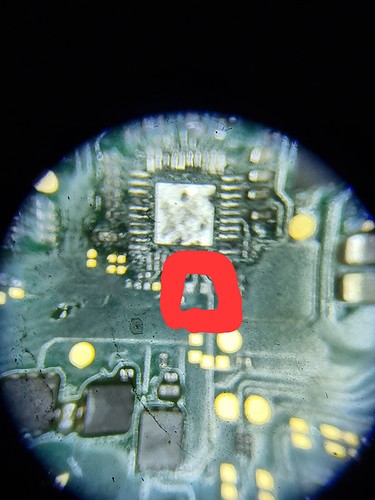 No, I dont think so. The lite has the chip oriented differently to the original switch, that line doesn’t seem to go to the CPU. From what I can tell it connects to the BQ chip on the original, so I would look there next, on the lite it also seems to connect to a small 9 pin chip just off to the right with an inductor next to it as well.

Maybe post a pic showing what you have removed? this line doesn’t appear to go to the CPU, so I wouldn’t rule it out just yet.