I have been searching online for an external charger for the HAC-001 battery (for the original switch). Do you guys know of one available?

All searches I have made have only come up with cases or the battery itself.

Any general Li-Ion 1S capable (3.7V) charger should work for the battery charging. You will just need to figure out how to make connection with the battery (e.g. take out red and black cables from the connector).

I don’t think you can buy a dedicated charger for the switch battery.

But you can make one up for use with external li-ion battery chargers. From memory the male connector on the actual battery is JST brand and presumably the female connector on the board is also JST though i haven’t yet identified the part number. (haven’t even looked tbh)

You can find this female connector on old macbooks though… the fan connector is a match. I just soldered one of those connectors to a proto board and then it can be easily hooked up to one of the many avaliable external Li-ion battery chargers avaliable 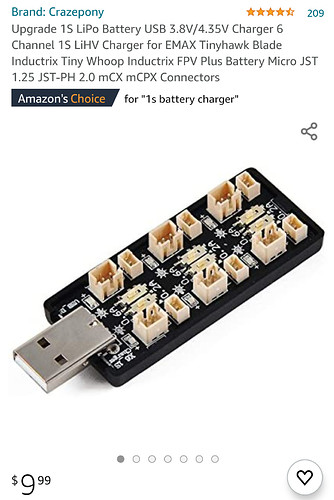 Will that work for charging this battery assuming I connect the reds and blacks from the switch battery to a JST connector?

Yes, this will work. Although, might be little bit tricky to connect the wires.

Double check the polarity when connecting battery, avoid any shorts and don’t leave it unattended during charging. You can get in serious troubles with these larger capacity lithium batteries. Also when battery is deeply discharged (e.g. under 2.5V), charger might not be able to recognize it or might refuse to charge. Also with these low amp USB lion charges, it will take up to 10 hours to fully charge the battery.

I think the problem is to connect the charger with the lipo. I tried and soldered a Switch battery connector direct at a JST cable to plug it to the extern charger. But the connector itself was so fragile that I broke it after the third or fourth pluging. Now I m waiting for a bad Switch board and cut the part of the board with the connector. 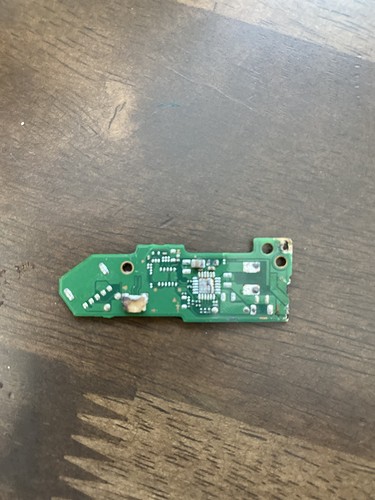 I actually have a piece like that But missing the connector though( used it on another board). If you want it I can ship it to you Calvin. Pm me the addy n I could ship it to u

I think I may have caused some confusion here, atleast for the OP, who seems to have interpreted my JST reference of the connector and applied it to mean the actual connector on the external charger… sorry if i wasn’t clear

Hopefully the following image clears up what i was talking about 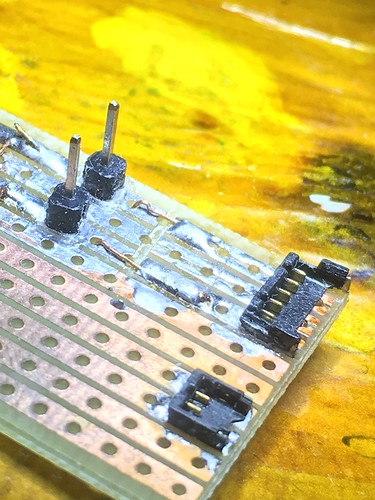 Yeah, it’s not pretty, but it works and has been used to charge up probably over 30+ batteries externally. Take note of the traces which are split in two to accommodate the pin pitch of the connector.

@Calvin perhaps you did the same thing i did when first building the above, I at first thought i could get away with not soldering the two ground tabs either side, but it fell off first time and it’s very much neccessary to do so. Or maybe the connector i pinched off a macbook is stronger (?)

Well, the other simpler option is finding a resistor/capacitor leg that can fit in the male connector slots in order to breakout, which is what i used to do before building the above (though it was a pita finding one that was thin enough)

Thanks for the info. I bought the adafruit charger that zeli recommended and just stuck the wires in as I wanted to see if that would work before buying/making a breakout board for the adafruit charger to connect to. It worked well and I have the switch up and running again. If I do end up discharging it again I will probably make a board like the one shown so I can have an easier time connecting it to the battery.