Hi. On the begining please forgive me spelling, this is not my native language so I can make mistakes.

Can you tell me about the value of this fuse becouse I need to by a new one to change.

Thank you in advance for your help.

Thanks for fast reply.
After change I will write if it works or not.

Hey there,
Fuse was changed. I bought size 0402 3A 32V. Letter on the top fuse is “P” but i found picture of motherboard which has “V” Letter. What do you think does it matter?

Before fuse changing, when charged battery was connected console works properly. After operation I have shorts on capacitors around MAX77621 and capacitor above USB port.
And another on back side MAX77620.
I will ty to add photos later.
A shorts also occurs when a fuse has been soldered off.
Any idea what goes wrong? 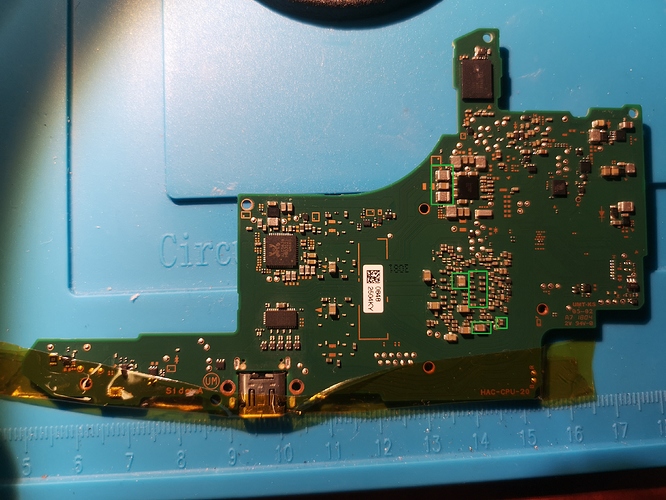 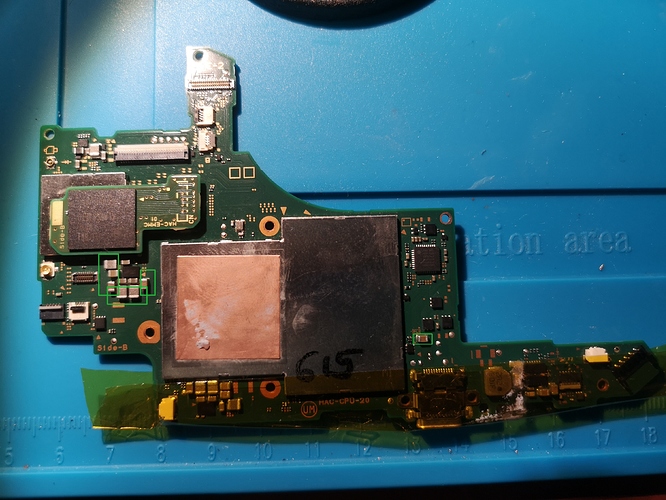 You can try to make just a simple bridge instead of the fuse and see what happens.

Could you fully describe what your repair routine was? I also have shortage on the fuse above charging port.

But now I was checked connection console by docking station to TV and I see that TV switches to hdmi from the docking station but there is no picture on it. What could it be.?
Any ideas…?