I was trying to bring back to life one of my Joy-Con (R) donor boards. I replaced a whole bunch of ribbon connectors, the vibration motor connector, two parts of which I don’t know what they are (blue circled on the photo) and the R button. I then connected a battery and SR/SL flex cable and everything seemed to work fine. I got connection to the Switch via Bluetooth and also Rail, all buttons worked. 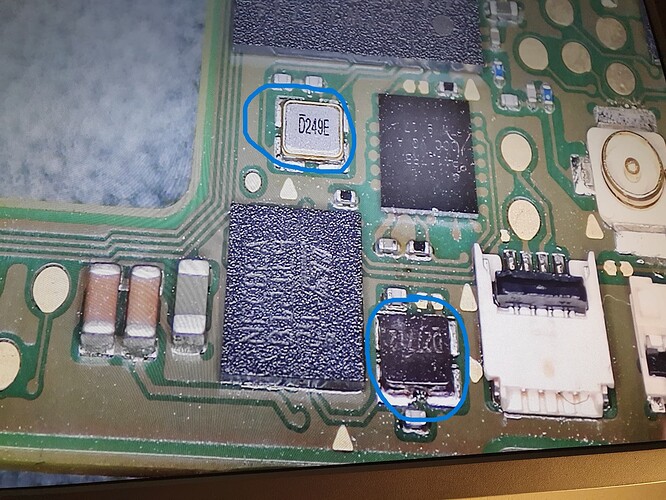 Then the SR/SL Flex connector somehow broke. I replaced it with some other 3rd party spare parts connector. After that, the Joy-Con wouldn’t turn on anymore. I assume some pins got shorted. So I removed it again and placed another original part on it, the connector appears to be installed correct now.

After some inspections, I found that a capacitor (?) was shorted. I replaced the chip next to it. Short was gone then. 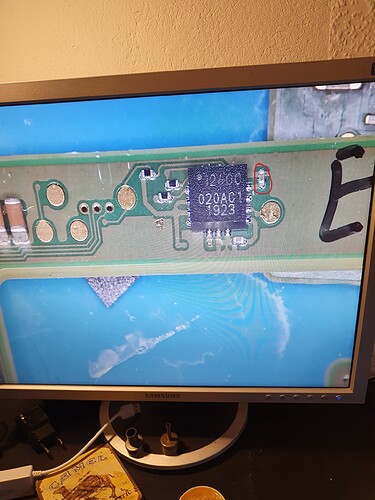 I also found a suspicous looking component near the Home button. I accidentally knocked it off. Another dead board of mine is missing the very same component. Anyone knows what this one might be? I tried measuring it but it showed neither continuity nor resistance. I didn’t have the chance to measure it off board. 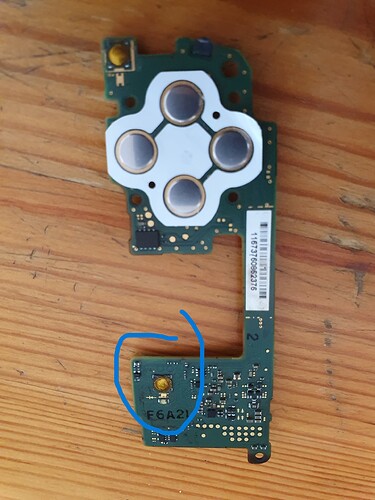 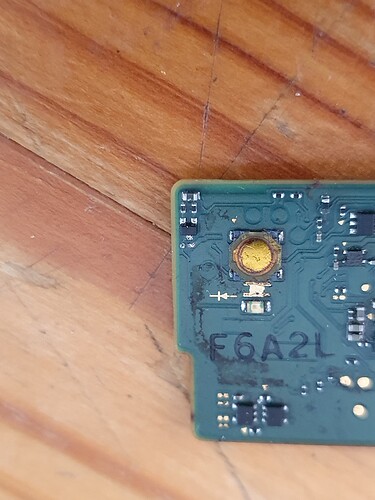 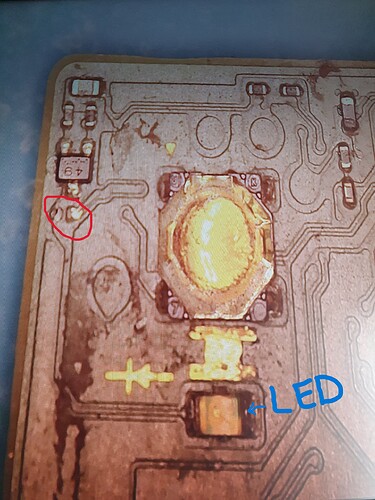 Another funny thing is that the LED under the Home button lights up weakly when I put the probes on it either in diode mode or in continuity mode. When I hold the black probe to the Cathode of the LED and the red probe to ground, it flashes up stronger for a moment, then dims down and turns off (while restistance rises on the meter). I am aware that those modes on the meter are for testing LEDs too, and it is normal for an LED to light up. However I tried the same on a working board, and there the LED shows no reaction when putting the probes on.

Any idea what could be going on here?