LCD/Digitizer swap - curious how you guys do it

So I was just swapping over a digitizer today and I always dread doing this job as I find it a real pain to get the LCD perfectly centred so I was just curious how you guys do it?

Currently I just install the LCD and board into the assembly and then turn the switch on, then place the digitizer loosly on top then manually push/pull the LCD corners until it’s pretty well lined up then push the digitizer down slightly so that the foam black border on the digitizer makes contact with the LCD then remove the digitizer and LCD as one and add the double sided adhesive… but this is a pita and can take well over 20 mins of fiddling and faffing.

Do you guys have a better method?

Also, I find my double sided adhesive is way too thin, and have to double it up, is there a product availiable that more closely matches the thickness of the original?

This is how I do it usually.

Preheat the screen before removing digitizer. I use 3D printer bed. Then I transfer the old adhesive to the new digitizer using hot air (~100C).
When I install the new LCD I put spacers to each edge of the new LCD or sometimes just two small pieces of double-sides tape to two edges. I havent had much problem centering the LCD.

The LCD/digitizer can be replaced without removing the motherboard from the frame but then the backlight cable needs more fiddling.

I honestly haven’t put too much thought into it. Just put tape on the console side, sticky rubber on the digitiser side, put the lcd in the center of its hole making sure it it straight and then drop the digitiser in to place. Most of the time its looked good. If not, I just lift the digitizer again.
Having worked on 2DSXL’s previously it just seemed so much easier by comparison!

Thanks guys for sharing your experiences and methods,

I think perhaps I’m being a bit too pedantic about it, but I know it would bug the hell out of me if the LCD was ever so slightly skewed or the border wasn’t even on my own Switch.

Another issue I’ve just now discovered… following replacing a digitizer on a screen assembly I noticed two very light green and pink spots which are pretty much only visible on pure black screens or backlight only, I’ve seen this before and put it down to a LCD defect… but It’s actually down to the digitizer putting uneven pressure on the LCD as I can relieve or make worse by putting pressure on the digitizer, and I think the reason is my double sided tape is not thick enough.

I have got a Scotch brand equivelent of Tessa tissue tape which is way too thin even doubled up and doesn’t seem tacky enough to me.

I’ve since started tripling up standard clear craft double sided (the type you get on the large brown 50M rolls) and using that instead, and while it works well in terms of it’s grab and the thickness seemed about right compared to the original tape used… but obviously when compressed it’s not, as the original factory tape is almost plastic like by comparison and does not compress as much.

Can you guys provide more details regarding the adhesive tape your using? and if you have a digitizer/LCD swap you’ve done if handy to confirm on a jet black photo that you don’t see these same issues? (black theme isn’t dark enough)

Just checked, for anyone curious the factory tape is approx 0.15/0.2mm thick, it’s almost plastic with adhesive added either side, under compression (using calipers) I can not decrease thickness below 0.12mm

In contrast the black 3M or Scotch “tissue” tape has a thickness of approx 0.10mm/0.15mm and even doubled up can be compressed to 0.05mm making this style of tape not suitable imo, similar results with the doubled/tripled up hobby double sided tape 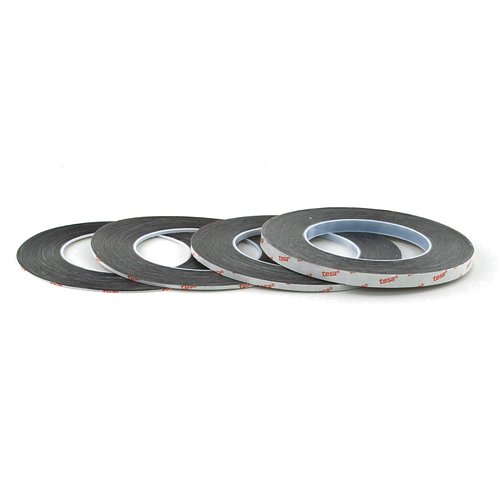 Custom cut 25 m long rolls of Tesa 61395. This is a popular tape used by OEM phone and tablet manufacturers. We prefer it over the popular "Red Tape" which repair professionals have used for a while. Do not stack rolls without a slip sheet or allow...

but imagine it will suffer the same issues as the 3M/Scotch equivelents above as it looks like an near identical material.

How I usually do the LCD/Digitizer replacement is that. I have a screen separator and heat it up 60~ 70 degrees for 5 min, then pry the bottom left of the screen and place plastic cards until I work all around the edges.

For perfect alignment, I have a donor front frame without double-sided tape or anything. Then I would slide the new digitizer into the donor front frame and flip it around. Then I install the digitizer double-sided thick tape (link below). As you are looking from behind the digitizer, it is very easy to align the tape.Then I would lightly blow on the digitizer removing any dust. Afterward, I would install the LCD from behind, there are tabs around the LCD, It corrosponds to the tabs around the front frame. I leave around 1 to 2 mm between the edges. Top and bottom edge is easy to align but left and right edge will be a bit harder to eye ball since left side is full of “cables”. After aligning it from behind, flip it around and remove the digitizer+LCD combo and then tranport it back to your original system.

I bought it from here but now sold out ( can message seller, he will put the link back up ) 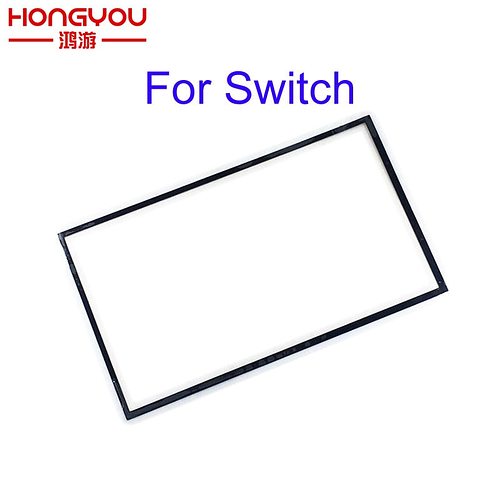 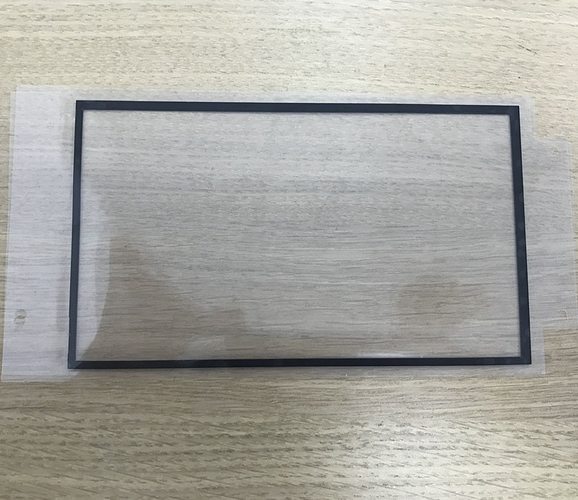 Ali has the digitizer+lcd combo already glue together. Last time i purchased one it had a small touch screen issue. Now days I just purchased the QR code version of the Digitizer as it works for v1 and v2 switch.

Thanks man, your a legend!

I also ordered a whole bunch of doube sided tapes on rolls of varying thickness, If I find anything which is similar to the original or the precut stuff linked to I’ll let you guys know, sometimes it’s quicker to overapply and cut off excess with a blade.