Hi, the laser of my ps4 has broken (which I have already found by opening it and through various tests to check that there were no other mechanical problems) and I find myself now no longer able to use the physical copy games that I have. Obviously, I would like to replace it, with a compatible one that I have already found on amazon. The problem derives from the fact that every guide I find to make this replacement, involves dismantling the console completely, (which would be a problem for me), to remove, at the end, the entire player. Later, in the guides I have seen, the screws above the reader are removed, thus accessing the laser compartment (of which they only change the lens section, but I would like to change the entire frame of the laser, as can be seen from the amazon link). Since all the screws necessary to enter the laser compartment are already exposed (if I am not mistaken), without proceeding with the disassembly of the motherboard and various things, wouldn’t it be possible to remove them directly to reach the compartment (without, even, removing the entire reader to this point)? Thanks

ok, just for clarity when you talk about the entire frame, you’re talking about the laser plus the rail, right? 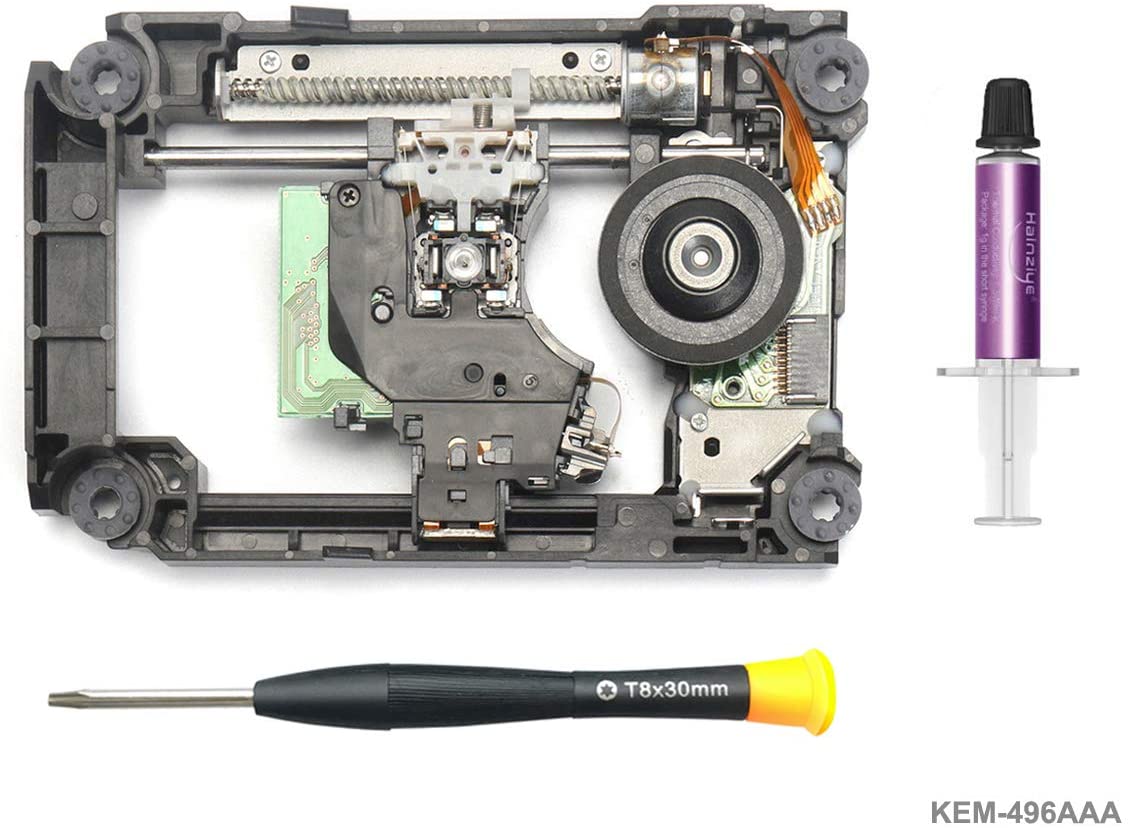 (This is what I understood for entire frame)

Yes I am talking about that