Hi everyone, sorry as heck to bother you guys with this but I’ve had a switch that I received as damaged with no power about 3 months ago. I replaced the m92t36 chip and all was well. I started testing various things to check for functionality and everything seemed to check out. I plugged it into a oem switch dock and it worked fine for about an hour before everything died. the Switch blew the m92 again and the dock was completely dead. I replaced the board in the dock and repaired it (thankfully since it belonged to my daughter) and repaired the switch by replacing the m92 and just to be on the safe side also replacing the usb-c port and p13usb since I wasn’t sure what kind of damage this could have caused . I bought my own dock which once again worked for a few hours and again the switch died and killed the dock. once again the m92t36 fried and also rendered the dock useless. So I replaced the m92 in the Switch again thinking maybe I just got a few bad chips and bought one from a different seller. I replaced my dock with an aftermarket dock and guess what. yup killed them both once again. So I replaced the m92t36 chip again but haven’t had the guts to risk killing yet another dock. So in short that’s 3 docks and 4 m92t36 chips. I’m going to go out on a limb and assume that this isn’t normal behavior. I mean do switch normally go on suicidal rampages and kill themselves taking their docks with them? Any insight would be very much appreciated. Thanks

Did you check usbc port with a pull out board tester? I had one with crosspins that shorted one of my dock too

Actually I did not. I ordered another batch of usb-c ports this morning. I need one for another Switch that I’m working on so I figured I’d grab a few. It’s really funny that you mentioned that because while I was typing the initial message my brain kept going back to the port. I should have them in a couple of days. Thanks a ton for the response. I’ll update you with results.

I hate to do this but I have a stupid question. What kind of tester can you use on a Switch port considering that half of the pins are underneath the port itself? Sorry if that question really is as stupid as it sounds but the only usb-c port testers that I know of will only be able to check the top row of pins. Any input would be greatly appreciated. 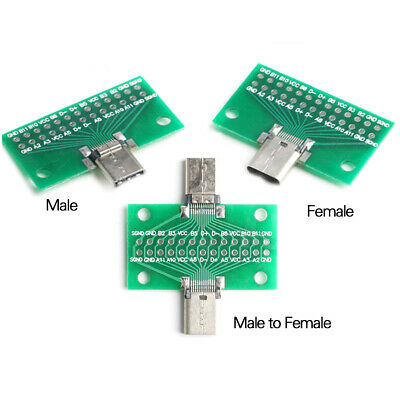 Not the seller i bought from, just a similar item

It tests all the pads exactly on the switch usbc board