I’m working on my first switch for mother board repair and I could use some help. My amp meter showed no power when plugging in and the pins are bent in the port. I’ve replaced the port and the issue persists. The issue is I don’t see a short on M92 or BQ chip at all. I’m not sure how to move forward, the only place I see a short is on the caps below the processor. Does that mean this board is dead?

Thank you in Advance! 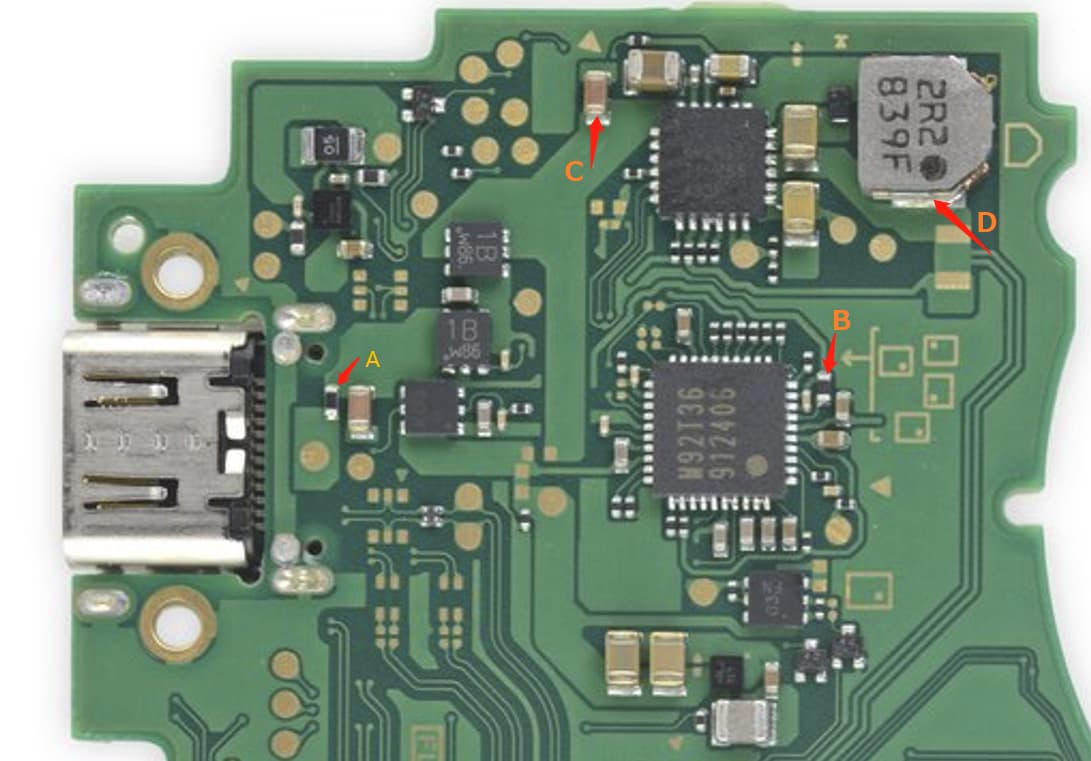 Most cap around MAX77812 goes into CPU so low resistance is normal. Upload your picture or post the link with (dot) to bypass forum limit.

Oh maybe it’s just a bad Max chip, bc it was super hot to the touch and when i hit it with alcohol, it instantly fizzled. I was just gonna show a pic of those two resistors showing low resistance. Would that make sense?

Would a bad Max Chip cause it to not charge?