So rather than continuing to hijack another thread I thought I would create a new one to follow up on a problem I’m having. I can’t post links but it’s the thread titled “Question regarding caps around ALC5639”.

After finally getting this switch lite back together and running some tests slapping bokoblins for about an hour the switch lite let out a crackle and sound completely stopped working. Like nothing. The original fault was no sound except through wired headphones and then sound was very faint. I suspected that I blew the alc5639 but this weekend I finally got some replacement chips from china and I get no change. I suspect that the caps I used were of very poor quality and not to the specification that I needed so I’m waiting for digikey to send new caps of a different brand. I also have a donor board hopefully coming soon that I can pillage. In the meantime, I’m wondering if there’s anything else I should be looking for as far as voltages around the chip when turned on or anything else at all? Any extra help or guidance would be very appreciated.

I had literally the same problem, in the end if was just the audio ic. I know you said you replaced it, but i would still examine your work. If you have another chip available, or another donor board, maybe try replacing it fully again.

I bought 5 chips and I’ve tried 2 of them so far. I have another switch lite on the healing bench right now with another issue that I could try pulling the chip from. I’m just concerned the out of spec caps I have would result in blowing the known working chip.

NOT likely due to the caps value, 10uF caps there are for smoothing the analog output, audio chip runs without them, they may just effect on the output tone slightly if you can hear the difference

A good test to try is to test the new chips you got in from China on your known working switch. I’ve gotten some components from China where a few were bad out of the batch and the rest were good. I would try testing one of those chips in your known working switch to see if that gets audio. That will at least tell you if the chips are good. I do see that you ruled out the chip, but something to think about some other time. Do you have any pictures of the problematic area?

You also said you bought some 10uf caps that may be low quality, what capacitance value do you actually get on them if you test them with your DMM?

You can try one of those caps in your known working switch to see if they actually work as intended.

That said, I think I found my problem while measuring input voltages and this should have been step 1. Looking for the 3-5v for SPKVDDL/R.

Raise your hand if you can see the broken trace! It’s a bit highlighted from a little scratch. 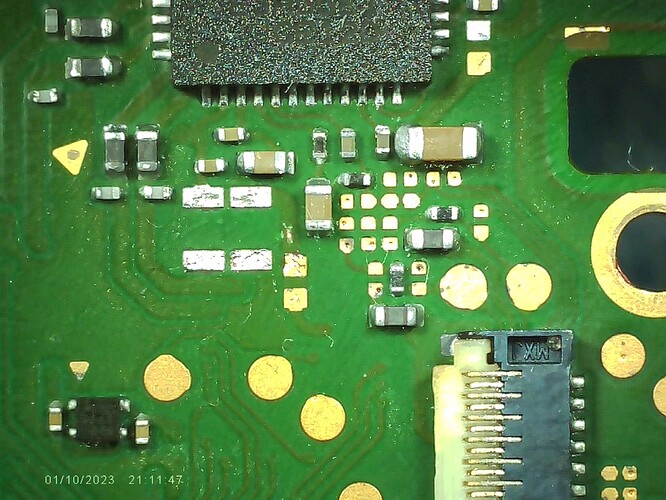 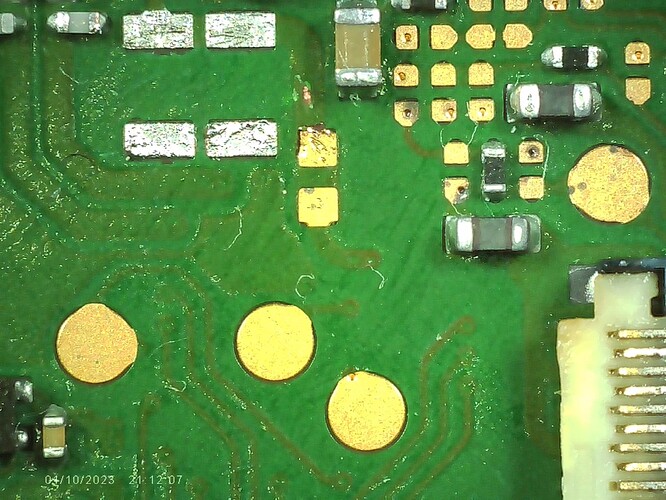 Apparently this trace decided to peace out during game play? I remember it vividly, at the beginning of BOTW the first bokoblin with a bow. I was slapping this shit out of him with a tree branch then snap crackle and pop silence. I’m going to repair this trace and drown myself in wild turkey.