Switch Only Works In Dock

Hello All,
I bought a cheap Switch off eBay because I wanted something to practice on. When it showed up it was actually in very good shape. Turns out that once I got it to boot the only issue is that the video doesn’t show up on the Switch screen but works in the dock fine. Given I’m so inexperienced and this thing is in such good shape I wanted to drop a line here before I proceed.

Here is what I know so far:

If someone can give me a hint on what I should do next it would be much appreciated.

So the Switch displays the image on the TV when is in the dock, but does not display the image in tablet mode?

Correct. In tablet mode the screen is on but blank.

Thanks for the reply.

M92T36 - check with the multimeter in diode mode pin 5 and 6 vcc. Plug in to charger. Between 3 - 6v, power detector working, Chip likely to be Ok

P13USB - check with the multimeter the filters running to the Pi3usb just above the usb port you should have continuity on all of them. 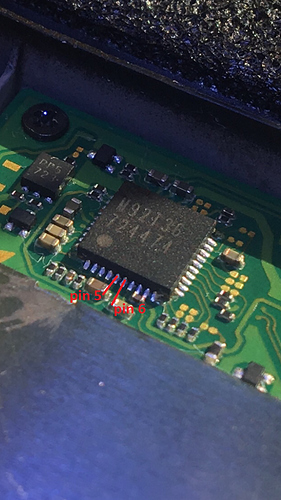 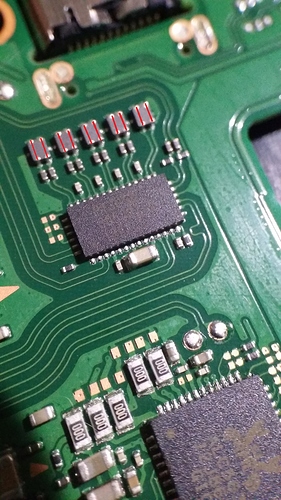 Thanks for the advice. I won’t get a chance to look at this until the weekend but I’ll let you know how it works out.

I didn’t get a chance to revisit this until last weekend. I took it apart and checked everything and it all looked fine. As I was putting it back together to test pins 5 and 6 as you mentioned I plug the charger in and the charging icon came up on the screen. I let it charge for a while and it booted up just fine. I put it back together and everything was working. So I just took it back apart and cleaned it up, put on some new thermal paste and done. I assume one of the ribbon cables wasn’t seated properly or something. I’m going to call it a quick win and move on to the next one! Thanks for the help on this one.

I’m glad to hear that.