Switch turns on fine charges at .84 no video output to tv

I haven’t opened this one yet as it turns on and runs games just fine. I just tried the dock to tv and found out it won’t output to tv, not only that the green led won’t come on and it doesn’t seem to recognize it, when another switch is plugged into the dock after this one the green led won’t come on and you have to unplug the dock to make it work again lol!
When replugged in with the broken switch not removed, the screen will go blank and the green led will go on like its going to output to the tv but it never does. when you take it off the dock it wakes up.

Could this just be the dock or might it also be a problem with p13 usb, its a very unique problem since it turns on and charges. it also slow charges at .36 So maybe there’s something wrong with the port? when I look down inside it the pins appear to be fine tho.

I think the main reason I’m posting before I open this is I’ve never seen something like this! plays games turns on charges just won’t output to tv haha!

Normaly the Switch charges a not full battery with ~0.45 A and after boot up with ~1.42 A.
If the dock blacks out and shows no green light while inserting this Switch, I would first check if the dock is ok with another Switch and if so, check the defect Switch for shorts at the usb c connector.

I have same problem. I have a switch that charge slowly, turns on, can play, but when you insert it into a working dock, green led lights up but no video on tv. I haven’t opened it yet. Any advice? 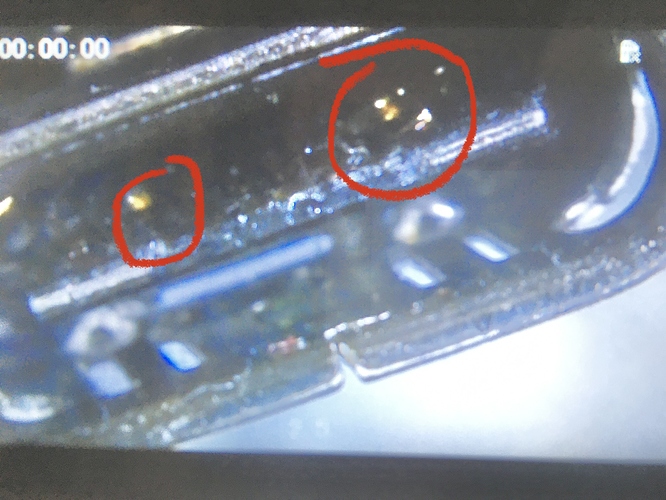 I couldn’t see these pins with my cellphone led.

It’s funny the other side of the connector is pristine. So I need a new port and then everything should be hunky dunks