Hi all, first off I’ve been a lurker for a while, both over on YouTube and here in the forums. I have a switch that I did a charge port replacement on and initially got power with no display (backlight turned on). I could hear stuff happening when I touched the screen and there actually was a small band at the right side of the screen that I could make out icons scrolling past. It was only about a mm from the edge and very very dim. I inspected the cable and connector under a microscope and didn’t see any issues. I decided to try replacing the LCD and unfortunately was met with another issue. When I first turned the switch on, there was nothing on the screen, however after letting it sit for a while, the display started to come on from the right. It started as only one small band and slowly grew to displaying most of the screen, albeit poorly. Has anyone experienced anything like this? Thanks in advance for any and all help. 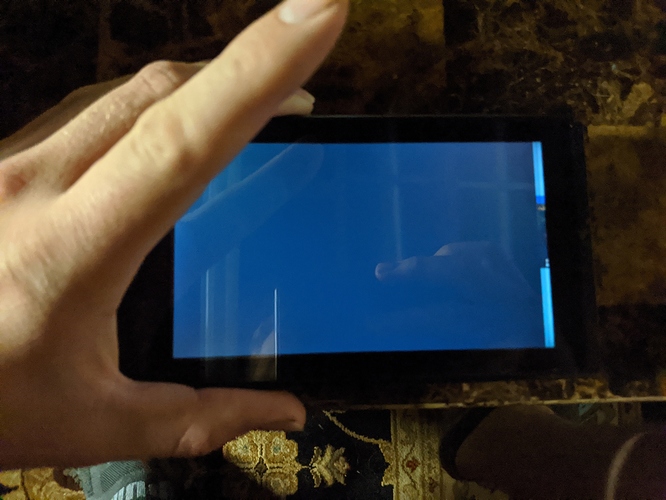 Did you replace it with a known good LCD?

I can’t positively confirm the replacement was good, however I can say that I tried 2 new displays and both exhibited the same issue. The problem looks to be on the board.

I received a dock today and tested the switches video output. It looked fine on the TV. I’m going to try replacing the lcd ZIF socket in case there is damage to it that I can’t see.

Just curious if this solved your issue? I had that happen to me before and it turned out to be one tiny pin in the LCD connector that had fallen out of place and got pushed back. Replaced the connector and it worked fine

I haven’t solved the issue yet. That was actually the next thing I was going to try, that gives me some hope! I’ll see if I can replace it tonight. Thank you!

Right on! Hope that works for you! I’ve done it twice now and it’s solved the issue both times. Definitely easier to come up from underneath with the hot air! Tried doing it from the top and melted it hahaha! Should have known better

So, I replaced the lcd connector and still have the same problem. I’m running out of hope for this one.