I received one unpatched cpu-10 switch came with no power/no boot.
prob around found M92T36 area has cap shorts, thought was just common failure, replace new one, test with charged battery, turns on, 2nd logo come slower than normal,then shows up 2101-001 error.
Okay, maybe I just bad luck today, redo m92t36 with another new one, same.
Weird, checked around and find that first-time charge cable plugin makes 15v0.7A then never goes back 15v,stucked 5v. More frankly M92T36 pin38 goes short after error shows.After that I totally tried 3times M92t36. All go bad after first boot.
Something I have noticed that, pin5,6 normally has 3.3v but 2.9v-ish after M92T36 goes bad(pin38 short)
Never seen any single board acts like this before, I first doubt was my m92t36 batches bad, but after 3times same symptoms, I highly doubt was max77620 or some other prior power rail circuit causing this. 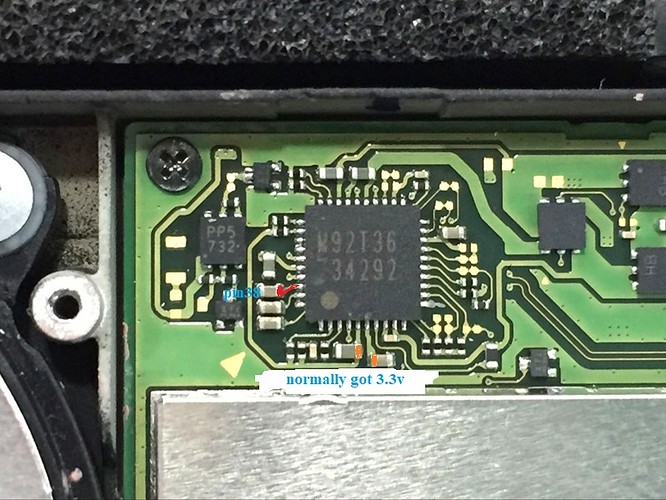 change M92T36 with a new one. There are often bad lots

I have been using that lots/batch many times, don’t think that’s the case

just using same batch M92T new ic on another device replacement, works fine as usual, doubt this board was other issue causing m92t dies that quick

I have the same issue. I had a working Switch and after measurments at the sd card with multiple times re- and inserting a sd card it shows the error 2101-0001 and wants to reboot. The same cap above the m92t36 is shorted and I ended up in the same situation after replacing the m92t26 with a brand new one and restart the Switch, the before good measured cap after soldering is short again.

Also sometimes when the surrounding fets fail or start to fail they pull certain lines low on m9 causing the failure. Also check resitance between USB pins (particularly on any any areas where there is charring on the plastic…if there is any)

I found more issues on the m92t36:
cc1 is also close to short and xrst and s1_drv_src have aprox double voltages they should have in diode mode. 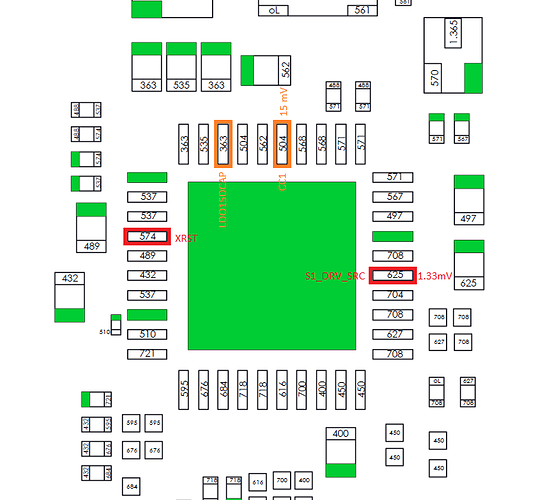 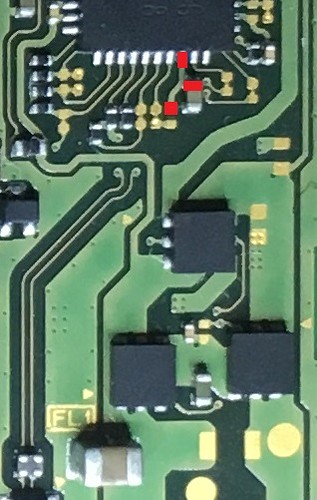 cc1 is also close to short and xrst and s1_drv_src have aprox double voltages they should have in diode mode.

Yeah, something is affecting this rail, should measure approx 10k/13k respectively…

This would seem to indicate a bridge/join or semi failure on something, presumably on the 1v8 rail

will mull it over

After a bit of thought…I’d remove or replace the highlighted fet in the image and retake the measurements you took above, also check the two fets below as they are all interconnected. 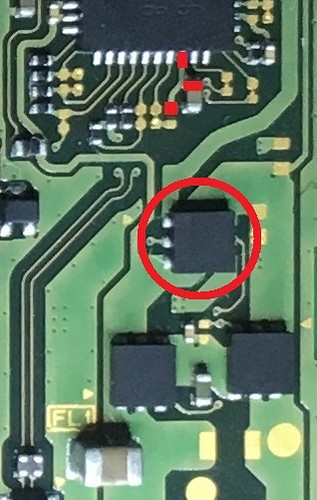 If the readings don’t come good, remove m92 and the fets and see if resistance measurements on 1V8 return to normal.

If the Values don’t change after removal, i’ll need to have another think

The resistance values were the same at the time the m92t36 was out.

Have you reworked anything else on this board, or are there any indicators of prior rework elsewhere?

but, in your case as the readings are almost /2 normal resistance measurments, it does point to something else potentially.

Do the other fets sourrounding M9 test fine including the one above (resistance) ? and was the fet the cause of the original bad readings on S1_DRV_SRC or the soldering on m9?

Also LDO15 appears to be generated internally on m9, short should disappear with m9 removed

*Also LDO15 appears to be generated internally on m9, short should disappear with m9 removed, if not then it must be the *reference cap…at least when looking at the datasheet

I bought this Switch as defect but in very good condition. No signs of case opening or prior repair attempt. The M92T36 had a short (don t remember which pin (40/39/38) and one of the JoyCon rails had corrosion. I replaced the M92T36 and the JoyCon rail. It worked fine except there was no JoyCon plug animation on the right JoyCon.
Because I found out that the missing plug animation is caused in my case by a false signal from soc I didn t sold this Switch and used it myself for testing. The last thing I tested was at the sd card reader and I think I shorted something out with my probs. Since then I got the error 2101-0001 at startup.

So I not sure if there were all lines at the m92t36 as they should be.

In regards to the joycon, It’s not always caused by a bad soc.

Bear with me and i’ll highlight the component to test (in resistance) if you can verify which side is causing the issues.

Repair shops have gotten a bit clever in regards to hiding that they’ve been inside, for exmple unscrewing the fan and heatsink together without tearing the foam.

Sometimes you can tell if they’ve been at the USB port in some form or fashion by inspecting the USB slots on the back side (the through hole sections) stock standard you will still see an area/ring of copper around the pad/s in these areas, when they’ve been messed with you will see just solder on them. Also only certain components will have flux residue on them, namely the audio IC would be a good example, which would seem to indicate they’re installed as a seperate process to the other components

Bear with me and i’ll highlight the component to test (in resistance) if you can verify which side is causing the issues.

Thank you very much for your time and support.