So the background to this is… got a Switch that had water damage so wasn’t turning on, I can’t recall what the voltage and amps was before I opened it. There was a bit of corrosion but not a huge amount. Cleaned the boards/connecters with IPA, nice and clean, tested the chips and caps and no continuity issues. Put it all back together and tested it, still not turning on, power reading was 5v 46amps.

Pulled it apart and cleaned it a few more times but same result. Then I saw one of Steves videos where he had the 8 switches, liquid damage and and similar power readings. He tested the CPU and was getting continuity issues. I tested the same and I seem to have the exact same issues, that is if I have black probe on the USB port and red on the caps, if I put red probe on USB port and black on caps then no continuity issue, is this normal?

Now I have seen somewhere that sometimes these caps under the CPU can test as shorted but are not really and therefore do a diode test which I did and it comes back as around 0.04.

What is also confusing me is that sometimes my PC is recognising the Switch, it will come up as unknown APX device, used ZADiag to install the driver and then used TegraRCMGUI to be able to install a payload and it did it successfully! Is this possible if the CPU is shorted?

The resistance of the caps under the CPU is very low and they often apears as Shorted.

Can be memory issue, if the ROM is defect/not detected the switch will only Boot into RCM Mode and charging at .46 A.

Happy to do some more tests, how do I test the ROM?

This is rarely a memory issue and the Switch doesn’t have a “Rom” but it does have an EMMC with internal nand, in order for you to identify if this is the issue easily the console would have to be unpatched.

These are the caps that are coming up as shorted… 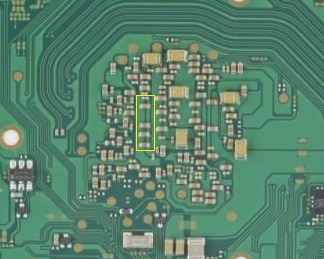 as shorted and also provide the resistance to ground also

If it’s unpatched, use tegraRCMGUI and inject the Hekate payload and try and backup the EMMC and post an image of the console info section

Also on the Power Rails I get

Also on the Power Rails I get

can you post the image your referencing? and this is ohms right? 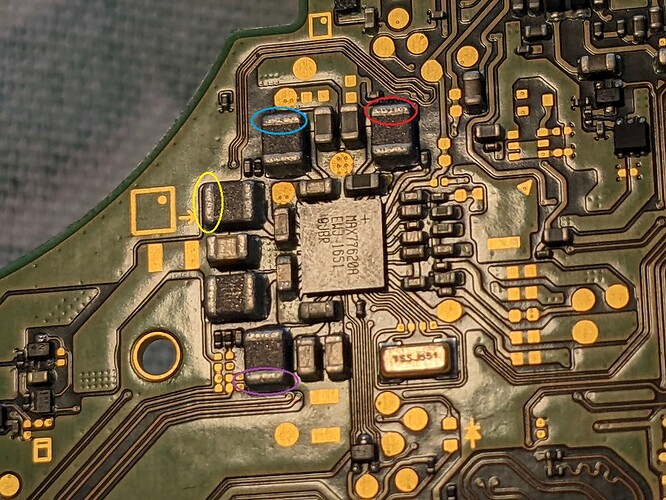 I just did a continuity test on the yellow cap and the 2 beneath it and they appear to be shorted.

Interestingly, now I can’t get the PC to recognise the switch when it was coming up the other day.

I just did a continuity test on the yellow cap and the 2 beneath it and they appear to be shorted.

Can you measure the resistance to ground on your SYS rail also? black probe on ground and the other at any side of the 2R2 coil near the BQ IC

Also is there any indicators the SoC has been reworked?

Many thanks for the help…

So I get no continuity issue on the SYS Rail. If I measure resistance, I’m getting just 1 on both sides measuring at 200 Ohms, I get 0.952 if I change it to 2k Ohms.

This board has never been worked on.

Also, it was recognised by PC today and I did a Payload injection and this is the output 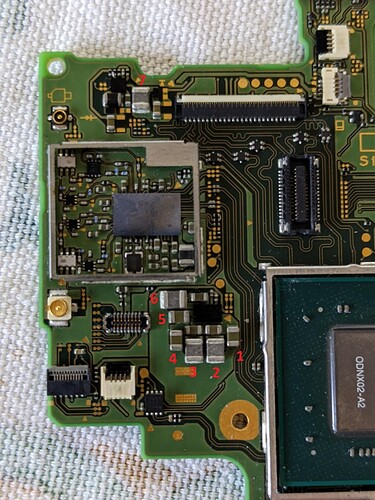 So I get no continuity issue on the SYS Rail. If I measure resistance, I’m getting just 1 on both sides measuring at 200 Ohms, I get 0.952 if I change it to 2k Ohms.

I think your meter is playing silly buggers with you, I think somebody else had this same issue as you and it turned out it was because the meter was truly terrible and was displaying a “1” to indicate it’s limit (maybe it’s an “L”)… such bad design.

Can you take the readings on blue, red, yellow and purple again with your meter in the 20K position?

Good news, your switch is unpatched

, you should be seeing something on the display following

Considering your meter these are all in the realms of normal, no issues afaict

While putting it back together, take a close look inside the LCD connector, it all to commonly has had it’s pins bent so worth double checking

The board stays at 5v 46amps, it never goes into fast charging. 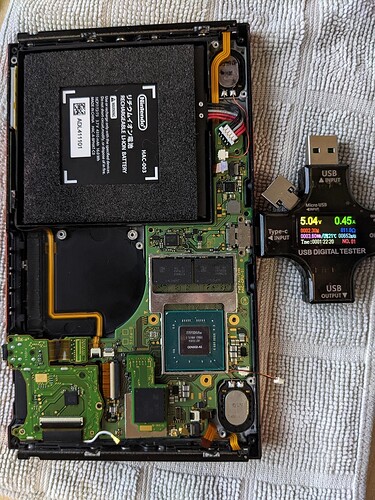 I’ve put stuff back together but still not getting anything on the screen. 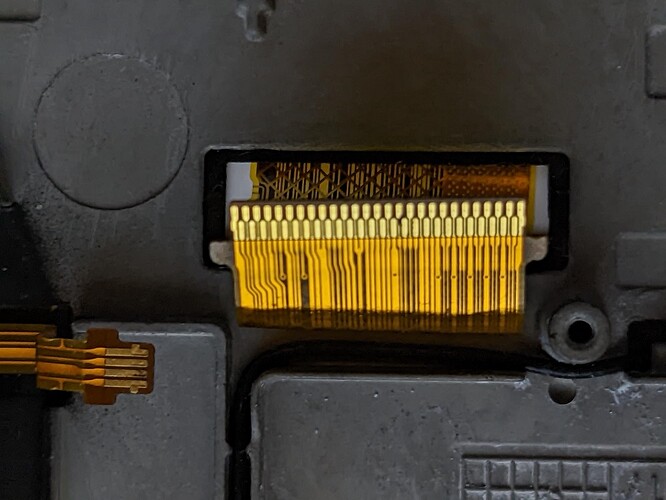 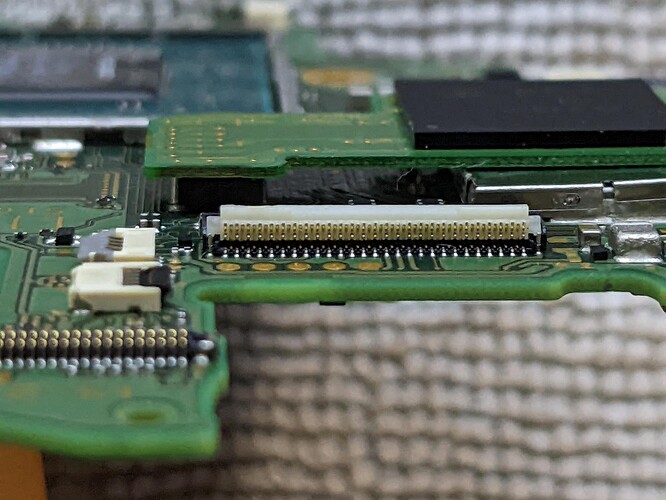 don’t worry about fast charging for now, we just want to verify if payloads will run and display first